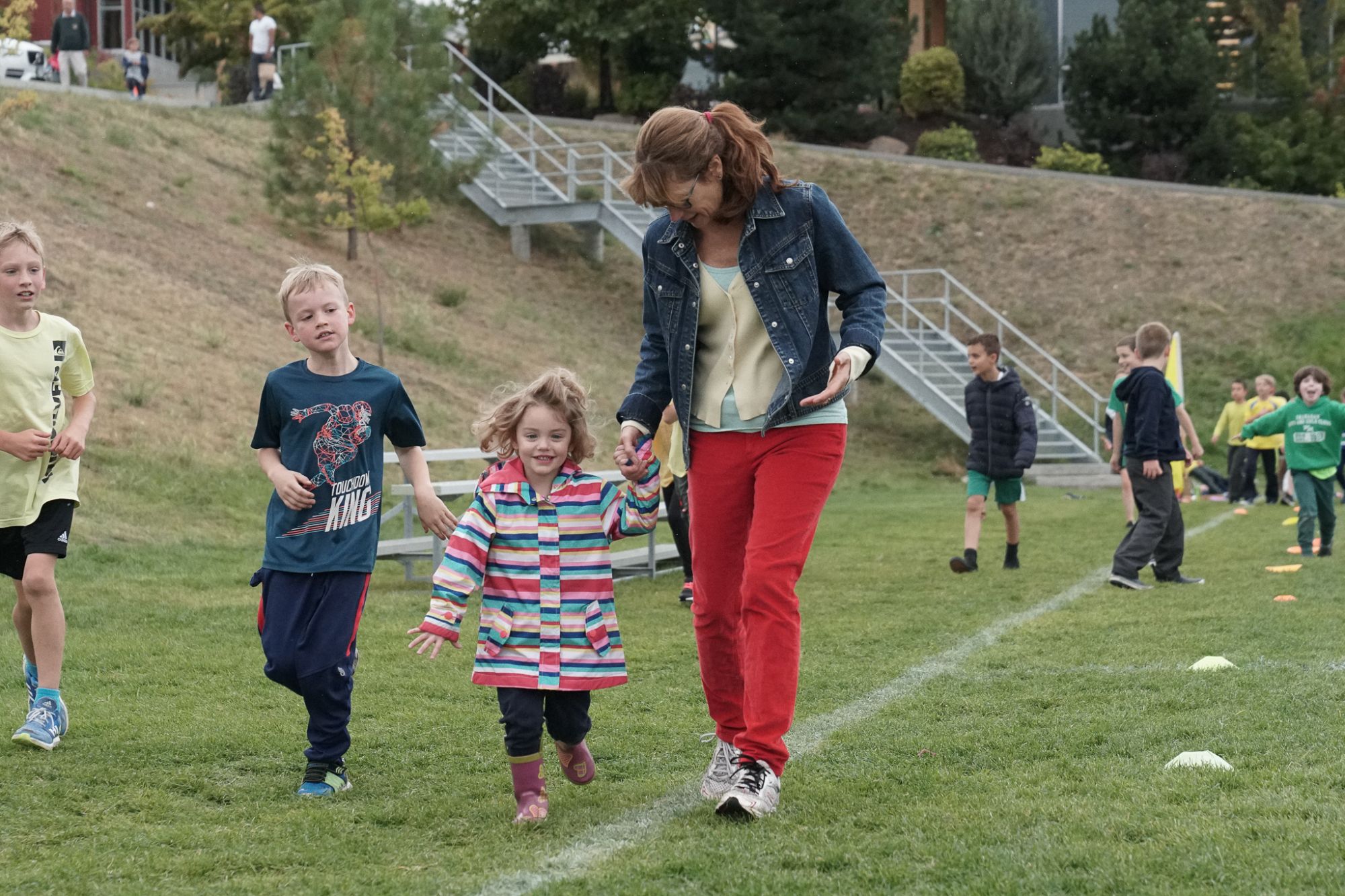 It is very difficult to accurately describe the incredible impact of Mrs. Raye on Aberdeen Hall. Director of Development, Dean of Admissions and most recently, Principal of the Junior School, are just some of the prominent hats she wore while contributing to the amazing school and community that is Aberdeen Hall over the past fourteen years.

Mrs. Raye’s experience in the UK was vast before arriving in Kelowna, BC. She received a Bachelor of Arts Honours, major in Anthropology and a minor in Tribal Art, from the University of East Anglia, UK. Following eight years in human resources and international banking, Mrs. Raye entered the field of education and earned a post-graduate certificate in Secondary Education specializing in Humanities, a diploma in Teaching Support for Special Educational Needs, and a diploma in Early Childhood Education. She worked at Blenheim High School in Epsom, Surrey in the UK for four years before immigrating with her three children (Abi, George and Lizzy) and her husband (David) to embark on an adventurous relocation to Canada.

Legend has it that Mrs. Raye herself convinced the newly appointed HoS, Chris Grieve, to hire her during his first summer at the school in 2006. Susanne advocated for a position in development to further advance a small schoolhouse of only 70 students in it’s grassroots phase on Acland Road. Together with a team of incredibly dedicated administration, parents and stakeholders, and a generous gift of 19 acres of mountainside property, the vision of Aberdeen Hall became a reality!

Over the next decade, Susanne proved to be a very important ‘building’ member of the school’s administration and has seen Aberdeen Hall’s enrollment grow from 70 to over 700 students. The Aberdeen Hall milestones have been Susanne’s milestones too. From the 1st building being completed on Academy Way to the first graduating class of Aberdeen Hall, Susanne Raye has been a part of our story.

Described by Mr Grieve as “steadfast, loyal, committed and an excellent leader,” Susanne Raye will be greatly missed next year.  We know that the legacy of firsts she helped pave at Aberdeen Hall has created a stable foundation for 21st century learning that will continue to live on in the Junior School long after her departure. We  look forward to wrapping up the 2019-2020 academic year by celebrating the numerous contributions by Mrs. Raye.

It is apparent to everyone that had the pleasure of meeting Susanne Raye on campus that she has a heart of gold. We reached out to a few Aberdeen Hall community members to share a favourite memory of Mrs. Raye.

What’s Next for Mrs. Raye?

Mrs. Raye is a true life-long learner and plans to continue to give back to the community of Kelowna next year. Two passion projects that she is particularly excited about include Project Literary and working with at-youth risk reintegrating into the workplace. Susanne looks forward to spending more quality time with her family on her orchard in South East Kelowna. Horse riding, skiing, tennis, dog walking and travel are also high on her bucket list.

"How lucky (we) are to have something that makes saying goodbye so hard."
-Winnie the Pooh